Christmas Designers is pleased to carry on long celebrated traditions by offering an enormous collection of Christmas decorations designed to please every preference and provide maximum value and impact for the commercial decorations market locally, nationally and internationally. We are able to offer the best prices because of the size of our over 30-year old operation. Selecting just the right Christmas decorations for your company, organization, church or municipality is a simple and enjoyable process when you avail yourself of Christmas Designers' personalized consulting services that help you make the most of your decorating budget. 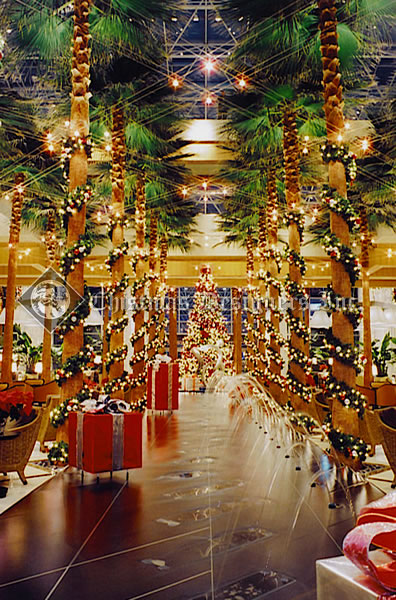 We are proud to offer among our enormous selection of Christmas decorations the latest in high-tech LED lighting that saves up to an astonishing 90% over traditional lighting, which makes them particularly significant for the environment. We offer every conceivable Christmas decoration, in every popular size to provide just the scale needed in virtually every decorating situation. Now for some interesting history about Christmas decorations.

Amazingly, the history of Christmas decoration actually goes back to pre-Christian times, when the Romans used evergreen plants to decorate indoors in the winter season. In England, in the 1400s, it became a custom to "deck" homes with greenery, including heart-shaped ivy to symbolize Jesus, and holly to represent the Crown of Thorns.

While it had begun in Europe as early as 1835, the custom of Christmas trees began to be widespread in the United States in the 1870s. Adding to the Christmas tree, holly, mistletoe, and other plants have become classic Christmas favorites, and the poinsettia has been the most popular traditional Christmas flower since the 19th century.

Popularized by Saint Francis of Assisi, nativity scenes had their origin in Rome in the 10th century and have become very popular with churches, which compete to produce the finest outdoor displays all over the Christian world.

The mass production of electric Christmas lights began in the 1890s having been developed by Edward Johnson, an inventor working under Thomas Edison's direction. Retail stores began using them by 1900 for their displays in Europe and the United States.

Inspired by paper chains made by children, the first commercially produced decorations appeared in Germany in the 1860s. Wreaths, angels, bells, candy canes, candles and stockings, Santa Claus and reindeers are other traditional representations of the Christmas holiday. 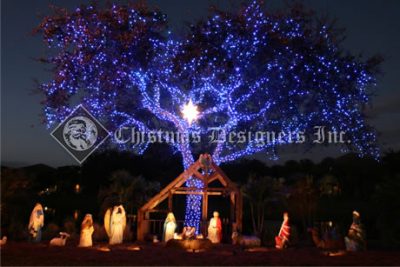