What is the Difference Between Half Wave and Full Wave LED Christmas Lights? 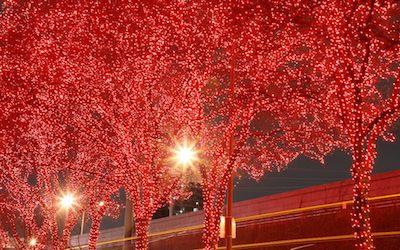 When you're shopping for LED Christmas lights, you should be aware of the difference between full-wave lights and half-wave lights.

All LED Christmas lights are either a full-wave or half-wave, and we do offer both varieties in our online store. All of the professional/commercial grade lights we sell, for example, are full-wave. And most of the retail grade LEDs we sell are half-wave.

So what's the difference?

Without delving into a lot of high-tech engineering-speak, here's the fundamental difference between half and full-wave lights…

Neither half-wave lights nor full-wave lights are 'on' all the time. All LED lights are cycled on and off many times per second. It's the way LED technology works, and it's part of the reason that LEDs are so much more energy-efficient than old-fashioned incandescents.

But there are variations within LED technology that impact the frequency with which the bulbs cycle on and off. Those variations are referred to as either "half-wave" or "full-wave" design.

OK - full-wave lights are on twice as long per second as half-wave lights. But does it matter? Should you be concerned about whether the lights you purchase are half-wave or full-wave?

The answer is - YES.

The cycle speed of full-wave lights - 120 times per second - is undetectable to human eyes. You could focus on a full-wave bulb with the greatest concentration, just trying to detect the cycling of the bulb. But try as you might, you wouldn't stand a chance. The cycle speed is just too fast to be noticeable to humans.

Which Should YOU Buy?

Full-wave lights are bright and flicker-free. And while full-wave lights once used considerably more energy than half wave, improvements in technology have reduced that to a negligible difference.