Light It Up Pink for Breast Cancer Awareness 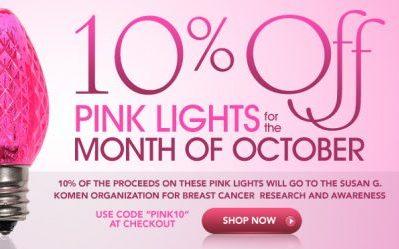 You can do your part in shining a pink glow of hope upon the fight against breast cancer. 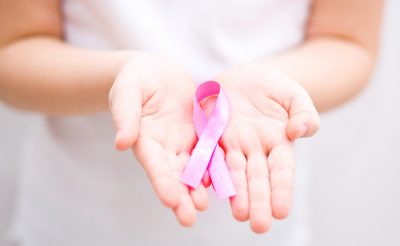 Breast cancer remains a fearsome disease, one that takes a dreadful toll upon hundreds of thousands of families every year. But medical science is making magnificent strides in the battle against this disease.

In just the past 25 years there's been a 34% decline in the mortality rate of women diagnosed with breast cancer in the U.S. - a decline that's credited to a combination of earlier detection and more effective treatments.

The 5-year survival rate for women diagnosed with early-stage breast cancer was just 74% in 1980. In little more than 30 years that survival rate has been pushed to a hope-inspiring 99%.

And today, the collective group of breast cancer survivors in the U.S. is 3 million strong - larger than at any time in history.

Research Funding is the Key

How have such impressive strides been made?

But the disease is still the most common form of cancer among women. Much remains to be done in the battle against breast cancer.

October is National Breast Cancer Awareness Month. Throughout all of October, you'll see people wearing pink ribbons in support of breast cancer awareness. You'll see NFL players wearing pink shoes and sweatbands in support of the cause. Comic strips will be published in pink. Fundraising walks and runs will be held, the participants an energetic, enthusiastic sea of pink.

And many of the most recognized buildings on the planet will be illuminated in brilliant pink. All around the world, both commercial properties, and private homes will be set aglow with pink lights symbolizing the hope for the total eradication of this terrible disease - a goal that is closer than it's ever been.

We'd like to help. And know that you would too. So let's team-up.

For the entire month of October, not only will you get 10% off on Pink LED lights, but we'll donate 10% of any purchase of pink LED lights to the cause of eradicating breast cancer. We'll donate those funds directly to the Susan G. Komen Foundation. With the pink lights you purchase, you'll be showing your support for the cause. And you'll be helping to fund breast cancer research.

You can also help by browsing through the ideas that people have come up with for Lighting It Up Pink in October and contributing ideas of your own.

Thanks in advance for allowing Christmas Designers to team up with you in the fight against breast cancer. We're going to make a great team!

* Based upon projected breast cancer statistics for 2014, as published by the Susan G. Komen Foundation.