Is There a "Christmas House" in Your Neighborhood? 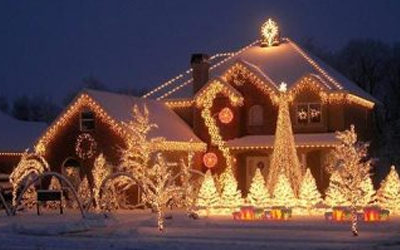 Domenick DellaNeve passed away recently. You didn't know him; I didn't either. But he lived a long, full life. And from all accounts, he lived a very rich life, a life that touched many others.

I imagine that many people wouldn't have considered Domenick a particularly exceptional man - at least not in the (sometimes flawed) terms that society considers exceptional. He had a large family that loved him, and he had many friends. Domenick absolutely loved Christmas. And his love for the holiday was reflected in the extravagant Christmas decorations that he poured untold hours into setting up every year. Tens of thousands of blazing bulbs; twinkling-garland-draped trees; nativity scenes; Santa and his reindeer - all combined to create a breathtaking tribute to that most wonderful time of the year.

Passing motorists would slow and pull to the curb, mouths agape in awe of Domenick's magical display. Passersby would pause and admire the overwhelming bounty of beauty in joyful, silent solitude.

Over time, the DellaNeve's home came to be known as the "Christmas House." If you lived anywhere in the vicinity and you heard someone mention the Christmas House, you knew exactly what that meant.

And that tradition continued for decades.

What About Your Neighborhood? 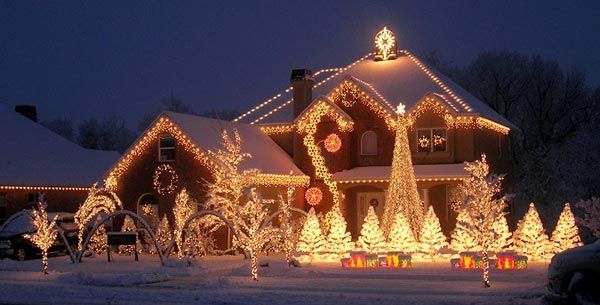 I don't think that "Christmas Houses" are all that rare. There are lots of people just as passionate about Christmas as were the DellaNeves. We call them "Christmas Enthusiasts." And many neighborhoods are blessed with the presence of a Christmas House - a home that touches countless lives through the years.

Does your neighborhood have a Christmas House?