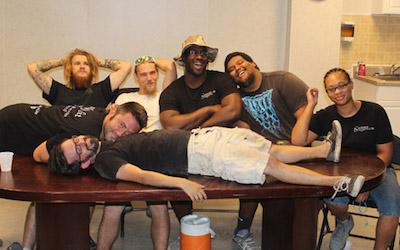 Done and Done. Out of the Old, and Into the New. Finally!

The new warehouse facility is a huge improvement over our old warehouse. So we couldn't wait to move. But then the time to move finally arrived.

And we couldn't wait to finish.

You've probably moved several times in your life, right? Most of us have. And I think we'd all agree: Moving isn't fun!

In fact, we could all probably come up with lots of words to fill in the blank above. For most of us, there aren't too many things we wouldn't rather do than move. 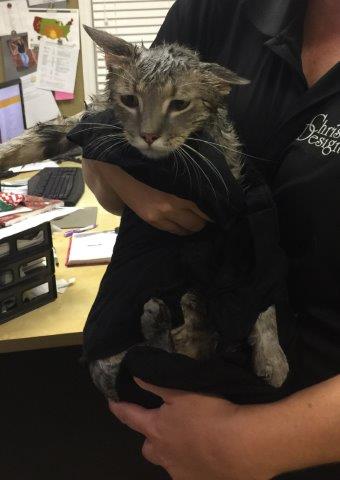 And this was a serious move. It wasn't like a family moving some beds, furniture, and boxes.

All told, we moved 25 semi-truckloads of product and materials to our new warehouse. And as that was happening, dozens of import containers were flooding in at the same time, filled with our 2015 product line.

It was an adventure!

It was certainly a challenge. Even the weather made things interesting.

But I have to say I'm really proud of our people. Despite all the problems, and despite the HUGE logistical challenges presented, we only shut down shipping for one day.

We Really ARE Moving On Up…

This new facility really is going to be a huge improvement over the old. We'll have all the warehouse space we could possibly need for a LONG time. Plenty of office space too.

And wait till you see the showroom we'll be able to have here! (Coming in 2016).

But it's fun to look back on the progress we've made in just a few years. Our very first distribution warehouse - the one we were in only 5 years ago - was quite humble compared to our new location.

Most of our employees were certain it was haunted. (The ghosts of Christmases past, perhaps?)

And it wasn't exactly loaded with creature comforts.

There was no heat. NO heat! We used portable electric heaters in order to offer a slight semblance of warmth. Our office workers would sometimes sit so close to their floor heaters that they'd get burn marks on their legs. And the one bathroom in the place - it was in the warehouse - would get so cold that the water would freeze in the toilet bowl.

So we're quite happy to be in our new home. Happy and comfy, with lots of room to keep growing. 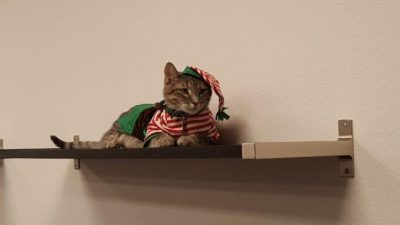 Humbug to all this change! Can't we just get on with Christmas? 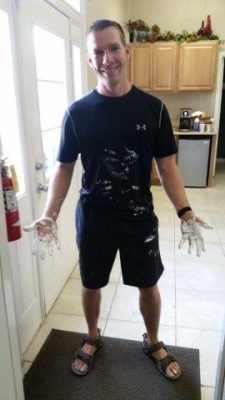 Who says the boss won't get his hands dirty? 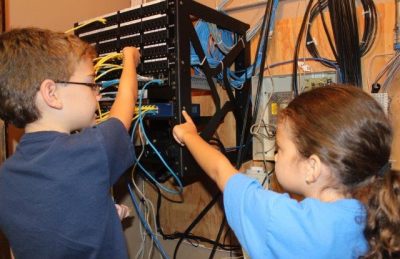 We left the high-tech stuff to the experts! 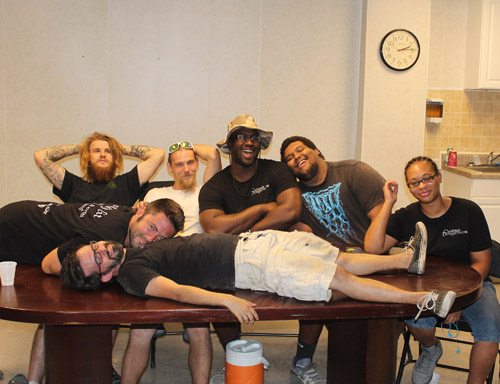 The summer warehouse crew taking a breather from the heat. 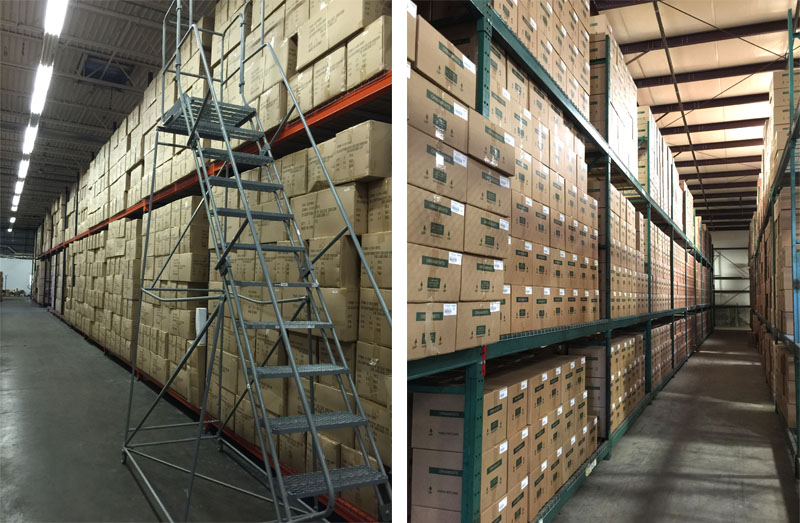 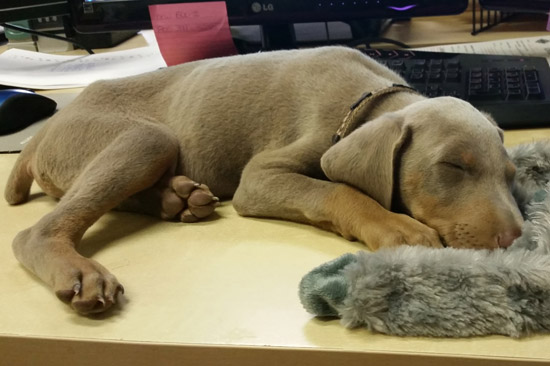 Sheesh! I'm zonked! Am I ever glad to have THAT behind me!