You'll Pay a Bit More For Our Minleon Retrofit Bulbs. And You'll Be Glad You Did… 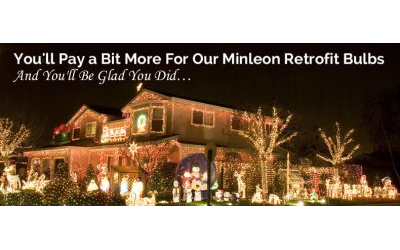 Christmas Enthusiasts are just like everyone else when it comes to shopping: we're all looking for the best bargains available.

...And that certainly applies to shop for Christmas lights. Most Christmas Enthusiasts are willing to spend big bucks on their Christmas decorations. But like everyone else, they want the best value possible from each dollar spent. 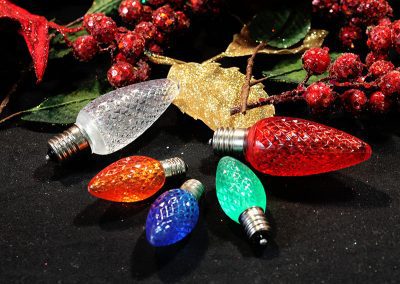 And retrofits will save you money in the long run, because when a bulb or two goes out, you won't have to trash the entire light line; you'll just pop in a replacement retrofit bulb.

But to get the very best bargain in Christmas lights, you'll want to buy retrofit bulbs manufactured by Minleon.

Spend More to Save More

You should know that Minleons are more expensive than many of the LED bulbs on the market. But in spite of that extra up-front cost, they're easily the best value on the market. That's because Minleons offers several unique features and advantages that no other brand of Christmas bulbs can match.

To begin with, Minleon approaches the manufacture of their bulbs with a different philosophy than other manufacturers. Most manufacturers take the approach of making their products as cheaply as possible. They do that for two reasons:

But Minleon operates on a completely different philosophy.

Instead of trying to make their bulbs as cheaply as possible, they focus their efforts on making the very best bulbs possible. It's a radically different mindset from the cheap-is-everything philosophy that most manufacturers follow these days. And that focus on quality results in some very real differences between Minleon bulbs and their competitors.

Minleon's quality-is-everything philosophy results in LED bulbs that are dramatically better than anything else on the market. Here are just a few of the ways in which Minleon bulbs achieve superiority over competing products: 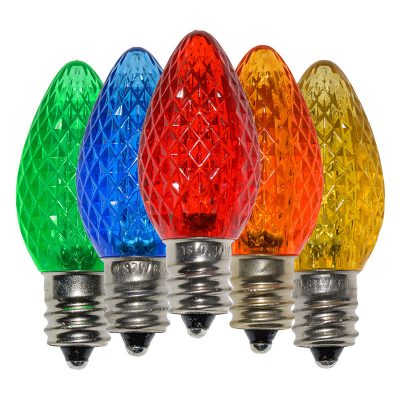 At Christmas Designers, we've tested thousands and thousands of bulbs from many different manufacturers. In fact, we're constantly testing bulbs to assure that we're always offering you only the very best products.

And we've found that the out-of-box failure rate of Minleons is just 1 out of 500 - an astoundingly low failure rate that blows away all the competition. In fact, Minleon's quality control includes testing every single, individual bulb before it leaves the factory. No other manufacturers can make that same claim.

Minleon's focus on quality has paid off for them because they've grown into the largest supplier of LED Christmas bulbs in America. In fact, pro-Christmas installers worldwide use Minleons almost exclusively in the thousands of Christmas displays they create every year.

So it's a virtual certainty that every big, breathtaking commercial Christmas display you see this year will be built with Minleon bulbs.

At Christmas Designers, we share Minleon's philosophy of providing top quality products to our customers. We know that paying a bit more upfront can save you money in the long run, and provide you with lights that are sharper, brighter, and purer in color.

That's why all of the retrofit bulbs we sell are manufactured by Minleon. And that's why you'll be glad you paid a bit more upfront to buy Minleons.