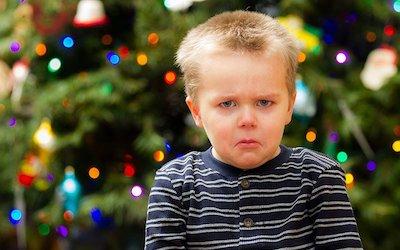 But some of you just aren't seeing it.

If you're shopping for Christmas lights, it's quite understandable if you find yourself confused about the situation.

On one hand, you have experts like us telling you that LED Christmas lights are the greatest things since sliced bread. But on the other hand, you also keep hearing about people that have been SO disappointed with their LED lights.

So where does the truth lie?

Are LED Christmas lights a fabulous advancement in technology over old-fashioned incandescents? Or are they a consumer's worst nightmare?

The answer is sort of a good news / bad news scenario: The truth is that both extremes exist.

It's unfortunately true that lots of consumers have had a bad experience with LED Christmas lights. They've purchased lights that haven't lasted long, or that simply looked terrible.

But it's also true that LEDs do offer a great technological leap over incandescents. Consider this fact: Virtually every commercially-installed Christmas light display you'll see this season will consist of ONLY LED lights - no incandescents. Our own installation department has such confidence in LEDs that we absolutely refuse to install incandescents on any of our commercial lighting job sites.

And while early LEDs were sometimes inferior to incandescents in appearance, that's no longer true. The quality, bulb intensity, and overall look of quality LEDs have evolved significantly over the past decade. They now match or surpass the look of incandescents.

To put it bluntly, there are good LEDs, and there are bad LEDs. And you can guarantee that you always and only buy the good LEDs by following two simple rules.

Many LED light sets sold -- especially the cheaper light sets -- are of a two-piece design. That simply means that you can remove the bulb from the socket. The alternative is a one-piece design, where the bulb and socket are manufactured as a single unit.

Initially, you might think that the two-piece design offers some advantages. But in truth, the separation in the bulb and socket allows dirt and moisture to enter the lighting system, significantly increasing the likelihood of a light set failing.

I know what you might be thinking. You're remembering all the times you had a bulb burn out on a string of incandescent lights, and had to replace it. And you're probably thinking that with a one-piece design, you won't be able to do that.

Don't worry; you won't need to do that. A typical LED bulb lasts for a minimum of 25,000 hours. You're not going to have to replace burned-out bulbs.

That's a model that works just fine for laundry detergent and toilet paper. But not so much for Christmas lights.

Specialty retailers like Christmas Designers work hard at sourcing only top-quality lights and decorations. We're not looking to sell at the cheapest price. Our goal is to assure that we always and only sell top-quality lights.

Consider these four major differences between our Pro Grade lights and the retail lights you'll find at a typical big-box retailer:

Don't let some of the horror stories you've heard about LEDs scare you away. They really are SO much better than the old incandescents. Just follow the two golden rules for buying lights, and you'll enjoy all the advantages of LEDs while avoiding potential problems.

Because LED Christmas lights -- if you buy the right lights -- really are the greatest things since sliced bread. And maybe even better!