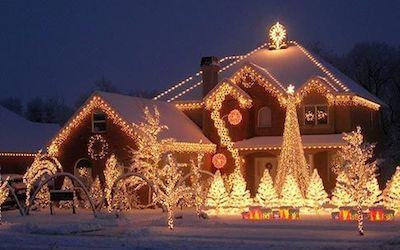 If you've spent any time at all on our website, you know that we're very high on LED Christmas lights. We consider them the far better choice over incandescents for Christmas enthusiasts and professional installers.

But we'd still rather sell you the LED Christmas lights. Why? Simply because they're the better value for you. And pleasing our customers is a great way to stay in business. (Yes, we know - an old-fashioned concept. We’re silly that way.) 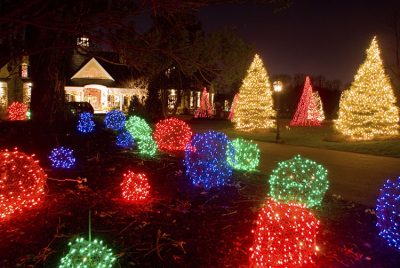 We're not the only company that preaches the value of LEDs, of course. LED Christmas lights are absolutely exploding in popularity nationwide. And we've noticed lately that lots of media outlets are publishing articles detailing the merits of LED Christmas lights.

Nice Effort, But Not Quite Correct…

Recently a new article pontificating about the benefits of LEDs was published on the Motley Fool website.

In case you're not familiar with the company, in their own words: "The Motley Fool is a multimedia financial-services company dedicated to building the world's greatest investment community."

They really do publish a lot of interesting and useful information. This article about LED Christmas lights was no exception. It was interesting. And it was most useful. The article listed a lot of the benefits of LEDs that we've been writing about here for years.

It discussed the energy-saving benefits of LEDs.
Yep.

It talked about how long LEDs last in comparison to incandescents.
Check.

It made the observation that LED prices are still somewhat higher than incandescents but have been steadily coming down recently.
We agree.

And it mentioned that you could head over to a big-box store like Target and pick up a string of LEDs for less than incandescents.

The Fool stumbled a bit on that last point.

It's not that they were incorrect; you certainly can get cheap LEDs from Target, Walmart, Lowes, Home Depot, and all the big box stores. The problem is that you'll be getting what you pay for: CHEAP.

We could sell the same cheap LEDs that the big-box stores sell. We refuse. Why? Because they're mostly garbage, to be perfectly blunt. They're made cheap to sell cheap. They don't last. And during their short lifespans, they don't even provide the same visual quality that well-made LED lights offer.

To put it another way: buy the cheapo LED Christmas lights, and you'll pay more in the long run, and enjoy them less in the short run.

So for readers of that mostly-nice Motley Fool article - readers that are inspired by the Fool's article to trundle off to Target (or whatever local big-box is convenient) and buy some cheapo LEDs - might we say that the Fool has sent them off on somewhat of a Fool's Errand?

I guess we might say that. In fact, I think we will.