The Reasons Behind Our Christmas Decorations - Why We Go Nuts for Lights, Trees and Tinsel 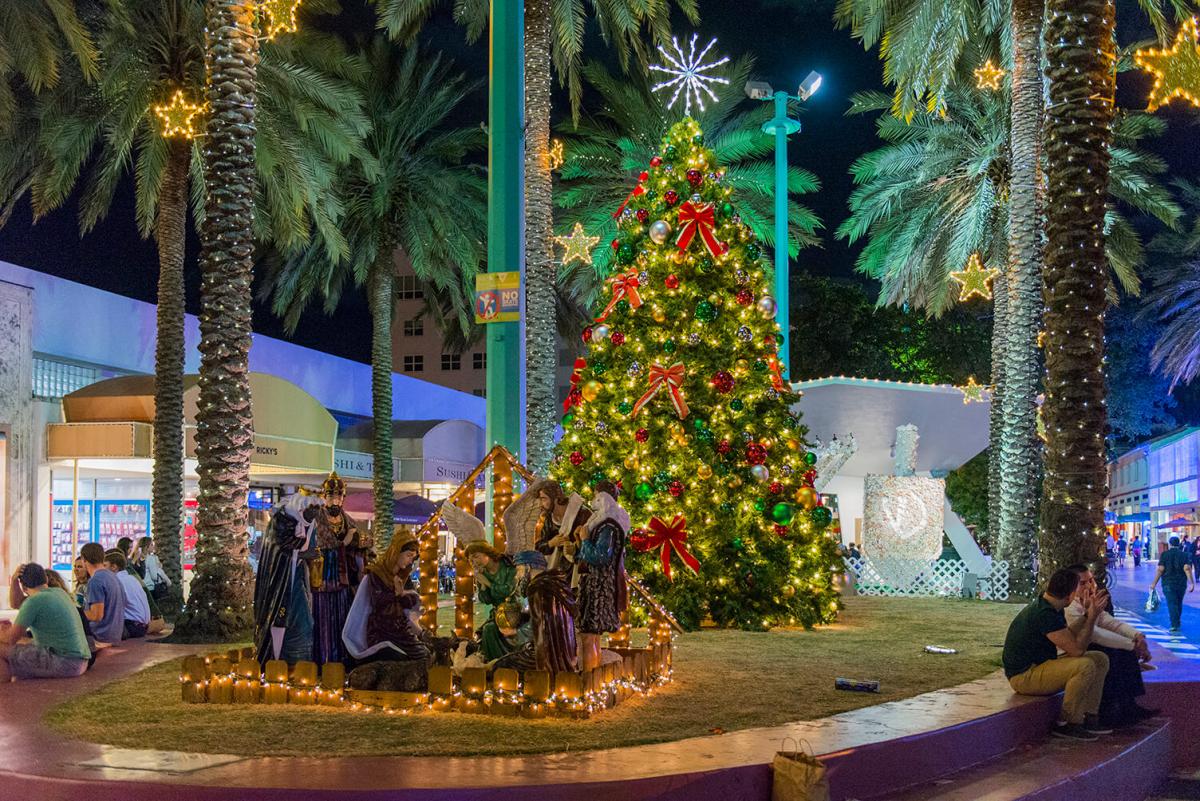 For many, November kicks off a familiar ritual. We clear the mantle, drag a horde of holiday nicknacks out of storage, and start picking apart our tangled nests of lights. A prickly tree makes a rare appearance indoors. Pine cones, garlands, sleighs, candy canes, and somehow even nutcrackers all become a big deal almost overnight. Every surface in sight is dressed up in red, gold, white, and green. It’s a collective effort so universal that few of us ever pause to wonder why we do it in the first place.

Yet why we make such a fuss over holiday decorations is a question worth pondering. As it turns out, the reasons behind all the trees and lights are as various as the ways we celebrate the season, based in traditions whose roots stretch back centuries. 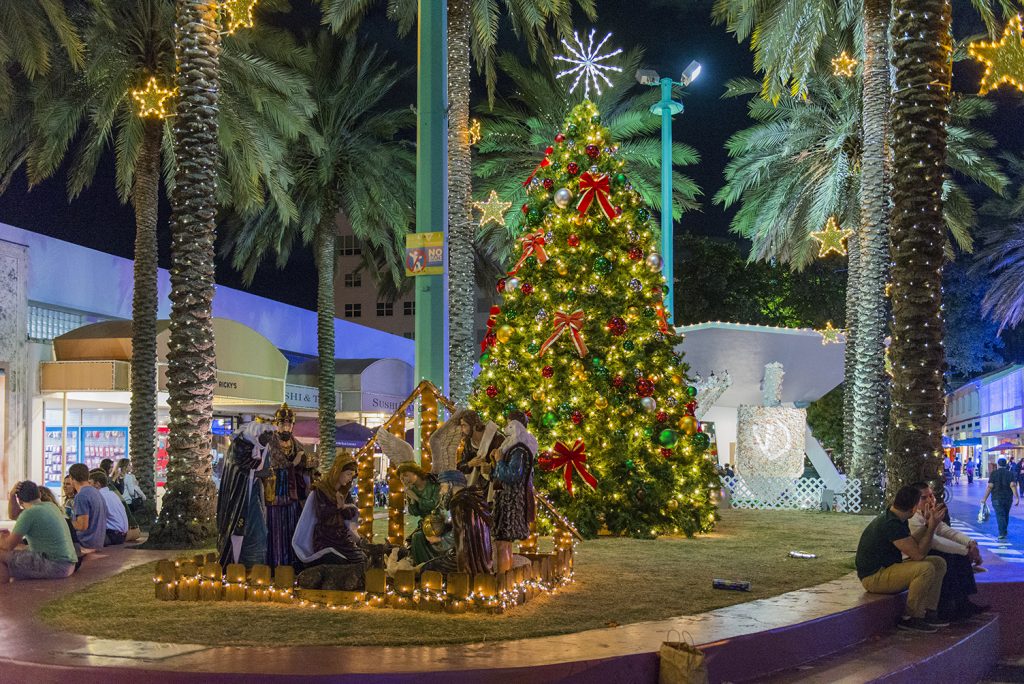 Long before we started propping up fake firs in our living rooms, the ancient Romans were decorating their homes with wreaths of evergreen as part of their raucous Saturnalia celebrations. As one of few plants flowering in the dead of winter, evergreens stood as a symbol for enduring life in the midst of the cold, dark season throughout Europe. But how they came to be associated with Christmas is a matter of debate.

Early Christians weren’t often big fans of decorations in general and were especially wary of pagan signifiers like these sprigs of evergreen. Tertullian, a prominent evangelist from the second century, even went so far as to say that these “laurels” were doomed to burn in the “fires of hell” along with those who placed them on their homes. But today, much like the lights and other holiday trappings, trees have become an essential part of the Christmas tradition for religious and secular folks alike. So what changed?

One story goes that when the English Benedictine monk Boniface was doing missionary work in eighth-century Germany, he came across a clan of native Germans performing sacrifices in front of a massive oak tree as a tribute to Thor. To stop their idolatry, Boniface hacked the tree down, and the pagans stood in shock, waiting for their god’s lightning to come down on Boniface’s head. When it didn’t, he seized the opportunity to convert them. Months later, a fir tree sprouted from the fallen oak—a triangular symbol of the trinity and rebirth under Christianity.

This legend and others like it are undoubtedly why the tradition we know as the modern Christmas tree began to take hold among Christians in 16th-century Germany. After the custom spread to Queen Victoria and Prince Albert in the 1840s, it didn’t take long before nearly every British and American household had a tree decked in candles for the holidays.

Though Christmas has largely become a secular holiday today, the “reason for the season” for many Christians remains the birth of Jesus Christ. To them, every decoration is filtered through the lens of faith. Enduring fir trees stand for everlasting life. The star on top hearkens to the one seen by the wise men in the Nativity story. And Christmas lights represent the hope and solace of the savior, a constant comfort that shines even in the dark depths of winter.

Of course, those belonging to other religious traditions decorate as part of their faith during the holiday season too. For example, Jewish folks light their menorahs for the eight days of Hannukah as a symbol of the original light of creation, put out dreidels, or make paper chains in the style of the celebration of Sukkot.

Traditions Passed Down Through Generations 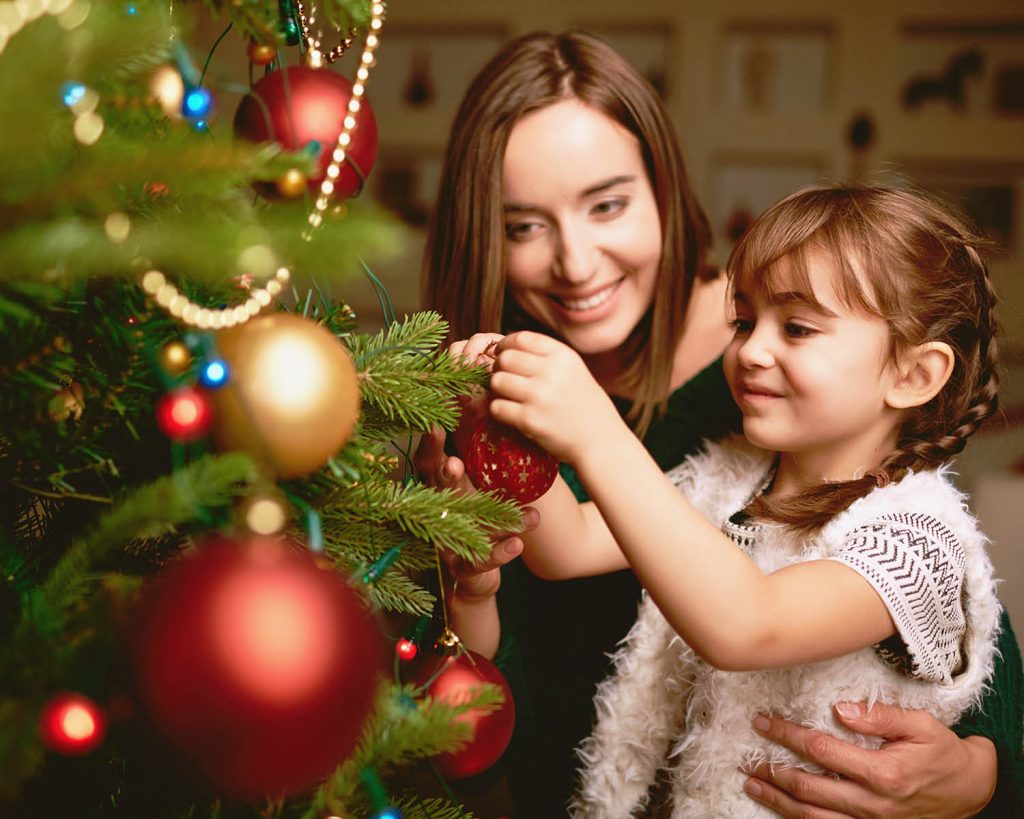 For others, lighting up the facade and hanging ornaments on the tree are nostalgic callbacks to the days of their youth. We remember making cookies or helping decorate with our parents, taking in the beautiful lights in the days before the holiday, and dashing down the stairs to open presents on Christmas morning. Parents hope to recreate the magic and joy of the holiday season for their own kids, turning longstanding family habits into annual rituals. The decorations are all part of capturing that old spark, and the way we put them up becomes almost like an incantation for a spell. This is why when you ask anyone about their holiday decorating traditions, they’re almost certain to have at least one that’s unique to their own family. 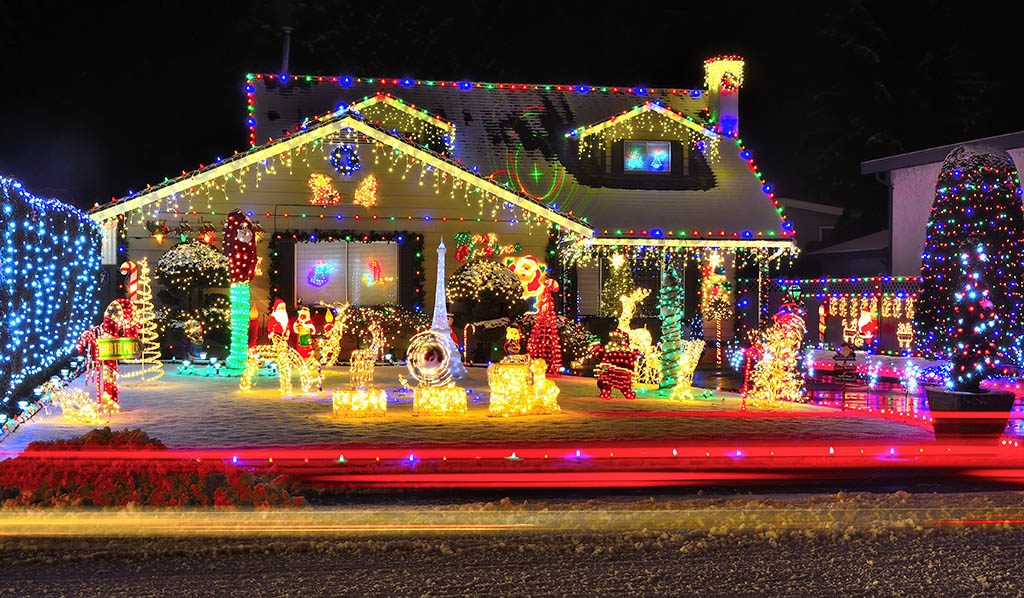 When it comes down to it, though, many of us don’t need complex symbolism behind our Christmas lights— it’s a matter of making a display that brings happiness to those who see it. A bare house in midwinter is our blank canvas, and the lights are the paint.

Neighbors may call us crazy as we ramp up our displays year after year, but we can rest easy knowing it’s a time-honored tradition. Before electric bulbs hit the scene, the only real lights for the holidays were the hazardous candles people hung on the branches of their Christmas trees. But in 1882, Edward Hibberd Johnson, vice president of Thomas Edison’s Edison Electric Light Company, saw an opportunity for innovation. He wired 80 red, white, and blue lights by hand, and scattered them around a Christmas tree in the window of his parlor. The display was a hit with the press, and soon drew crowds to take in this incredible new decoration. But as you can probably guess, soon 80 bulbs weren’t quite enough. Within two years he’d raised the total to 120, which may not seem like a steep increase today, but at 19th-century bulb prices, it was extravagant.

Today, this trend has birthed a competitive subset of Christmas enthusiasts, constantly lifting their displays to absurd new heights to win community contests and the envy of their neighbors. Just take a look at these insane set-ups to see the results.

But whether you’re a city, HOA, business or charity owner seeking the attention of passers-by, a self-styled artist who uses Christmas as a creative outlet, or a parent trying to pass down your family traditions, decorations are a vital piece of the holiday puzzle. Therein lies the true beauty of all the trees, lights, mistletoe and ornaments: They’re important to so many people for so many different reasons, beautiful vessels of the hopes, dreams, and beliefs of those who set aside time to put them up and spark joy in their communities. That’s a fact worthy of celebration, regardless of your own personal reason for the season.